Back of the head model 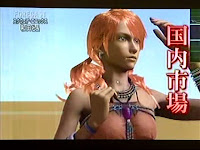 On that same day, on a news program TV Tokyo, there was a preview of some sort of upcoming interview to the president of my company.
The cameras came about a month ago to the R&D section in my company. Along with people asking a few questions and filming ...mostly my monitors and the back of my head !
Not because my monitors are better or because my work is more important, but because it's where usually the final product comes out.

The lady conducting the interview also asked me a couple of questions (which I don't know if will be in the final footage).
The questions were more or less:
My answers were:It was in Japanese (my Japanese hasn't really improved in a while) 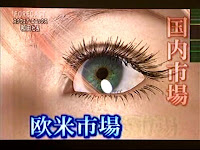 and in any case I wouldn't really know how to explain what I do even in English or Italian.
It's always the same issue really. Also different programmers have different jobs and really worry about different sets of problems.
Saying "I know C++" is a bit like Keanu Reeves saying "I Know Kung Fu" ..very generic indeed !!

If I had to describe my job, I'd say that I work with data, manipulating data, optimizing data access.. other than that, there isn't much else. Perhaps one could specify "data communication".
While Information Theory is about data, application development, artificial intelligence, interface programming, etc. are also more explicitly about communication.. which is a conceptualization of data reference and data transport over time.

Still, it's very hard to explain what I do. People can only judge for what's tangible to them. Thankfully I have some nice graphics models to use and prove that my work can pour into the visible spectrum 8)