There is one thing that I've been wanting to get off my chest.. and it's that I'm tired of being forwarded to the site japanmanship.
It's a blog from an (American ?) game developer working in Japan.
I did read some of the posts and while much of what is said it's probably true in many ways, it's still negatively biased and overall sensationalistic.

I had my complaints about working in Japan in the past. Things certainly do change with different companies and even in the same company depending on a project or a time of they year (more or less busy, more or less interesting work).

The blog in question does specify that many issues are not necessarily only Japanese ones, but then it still goes on criticizing the Japanese situation like a crazy one.

"Look at me I work among green little people !".. c'mon it's not so special. No need to go all the way to Japan to feel the pain of office work. Sometimes, when I feel like complaining about my work place, I browse over to Dilbert.com and I don't feel "alone in Japan" anymore. BS is everywhere.

Myself, having worked for several years in the game industry in the US, I actually believe that Japan is no worse.
Game dev in US implies a lot of overwork as well.. it's also a lot easier to lose jobs and there is no shortage of incompetent people. In fact there just isn't much experience, because many eventually float away to jobs that are more rewarding economically and that require less working hours.

On reason why I prefer working in Japan is that here one ends up working with people that have a lot of experience and that have worked on a number games before.
Productivity is probably not so great on average, also considering the time spent in the office. Japanese see the work place like a second home.. it's in the culture can't blame them for that. Though it's true that game developers in the US like to stick around to play LAN games..

One horse that has been beat to death and then some more, is the development technology one. Much knowledge about software development is clearly in English, a language that most Japanese cannot speak fluently.
Most Japanese people, being often humble, blame themselves for that and look up to the "great" game dev of the U.S.A. like a landmark of productivity. However, I don't think that anybody really holds the key of superdevelopment.
Bosses higer up want better productivity and thrive at the idea of reusability.. but reusability is not so simple. The idea of a generic game engine that will make it easy for many other to develop a game is less viable than it seems.

Many tried and failed to make all sort of engines. An engine, the more generic and unrelated to the game developer it is, the less impressive are the results.

Myself, I think that using those canned engines is usually a bad idea.. but I realize that some people are truly interested in just writing fun games and some game engines out there may actually help productivity. Though that doesn't come for free. External engines cost good money and still require a lot of support.. which means wandering around message boards, sending e-mails or making phone calls to the other side of the world. 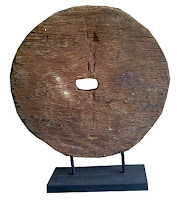 What's productive in the end depends on the specific case, but most importantly on the people working on something. Some like the idea to rely on other companies to handle the "system programming", others, like me, would rather spend time crafting a new wheel than trying to fit somebody else's in my cart !
-- Davide - 6:09 PM