Carrots, sticks and the coding class

Friday the 26th was the last working day before the winter holiday which will end on the 5th of January when we'll all go back to the office.

The 26th also marked a milestone by which our project had to reach a certain number of features and run all of them at a certain frame rate.
Being currently on PC, on hardware that is not the final platform, it's hard to define quality versus frame-rate.

The 23rd was a national holiday (Emperor's birthday). I took the 24th off to stay with my girlfriend, as Christmas eve is really more of a couple's event in Japan and on average I see my gf at 1 AM when I'm back home for dinner... The 25th I was back in the office.. working into 26th morning for the milestone. I then went back home, slept a couple of hours, took a shower and showed up in the office by 11 AM for the deadline.

The deadline went ok. The features were in. Loading somehow sucked on that machine, but framerate was also generally on target (sometimes faster sometimes slower). We got the OK from the bosses, and that was it. ..or so I thought.

Fast forward to the last meeting. We show the same demo to another team related to the project.. it's a Friday evening before the holidays. Everybody pretty much with a foot outside the door.. but my boss stalls.. he does not say "OK we are done". He stalls and then comes out with some request for more quality in trade of framerate (completely voiding the goal for which we all worked for the past week or so).. and he wants that for the 5th, the first day of work after the holidays. Did anyone just say "work on your holidays" ?!! 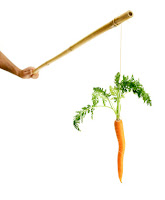 The plan is that someone works his ass off for a couple of days during the holiday (that is always me, or me plus a couple of coworkers) and then when we all go back, we get a nice pat on our back, the famous "carrot".

I say "OK", I can increase texture resolution, whatever, I can do anything. I answer because of my pride, but also because I don't want to argue.. it's pointless.
The meeting left everyone shaking their heads in disbelief. My boss could claim that he's just trying to motivate us, or that he's taking the heat in order to bring the best out of us.. anything can be said, but I honestly really have to call BS on this one.

I spent the whole night into the morning of the 27th to get up a simple system that makes it easy to choose rendering quality vs speed. I had to add some sort of console with some options and I also took the opportunity to more or less consolidate the application's states/options with a system that can save out and read in the states in a file.

What I really had to do is not the point. The point is that on the last day of work before a long holiday, a boss should not suddenly put stress on his workers. That is not work, that's attention seeking.
Maybe he didn't realize what he was doing, maybe he has a higher calling.. whatever that was, it was BS.

Being a manager is not easy. Management is easy to blame and people will often do that just as a sport. So, I try to be understanding... but all those little things have been accumulating for a while now, and I'm starting to lose my patience.
Myself and the people around me have been doing a terrific job. We are putting a lot of effort and I think we are making a sensible difference for the company.. so, no more carrot & stick, we are not kids anymore, just let us work.