But more than that.. I'm hoping that the 2009 GDrive wishful prevision is going to come true.
My biggest problem currently is syncing data between computers. I tried things like Unison, but it doesn't make sense.. there is always some problem. One really needs a better system.. I need it badly.
I could be hosting stuff on my own home server. However I'd eventually need to work with stuff on a local HD and that would require explicit unreliable syncing again, and I'd still have somehow to have an off-site backup of my own (backing up things physically on a home server is as safe as putting money in the mattress). 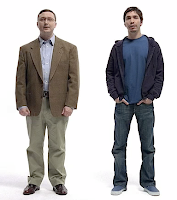 The concept of physical personal computer is dead.. or it should be already !!

Waiting patiently, or else I'll have to resort to Live Mesh (which is now out for OS X) or MobileMe, which smells too much like Apple's hand-holding.

I'd be much happier with a Google-based solution. I don't want to be neither a Mac nor a PC !!