I spent the last 4 nights working on a new version of TokyoClubbers.com.

I rushed a major update as soon as I realized that the site was not visible with Internet Explorer anymore 8(
The old TokyoClubbers web site was using Drupal, just like the previous version of this blog.
Apparently the IE, Drupal and Flickr/YouTube embedding combination is a lethal one.
So, I decided to switch from Drupal to WordPress, the blogging software that is also somewhat of a CMS.. certainly good enough for me.

Importing posts from Drupal to WordPress was fairly easy. I found a SQL command sequence on the net, slightly changed to my needs and ran it to convert form one database to the other by pasting it in phpMyAdmin. Though I had some troubles with post categories that were occasionally written in Japanese... usual utf-8 or not-utf-8 problems..

Because of some custom code that the site involves, I needed to include PHP straight into my pages and side bar. For that I used the Exec-PHP plugin which worked nicely o far, though when one starts adding PHP, the visual editor has to be put on the side.. fair enough.

WordPress is very popular, so it comes with a lot of plugins and base themes on which to work on. Embedding of pictures actually seems to work well with the more recent versions of WordPress, and that's also a really important feature that I wanted for a long time.
With Drupal too, almost everything is possible. There are many ways to do something, but there doesn't seem to be a preferred way.. the end result is that one mixes a lot of things and ends up with some sort of Frankenstein web site, specially problematic on the back end.

One thing that I'm trying with TokyoClubbers is the Google Friend Connect system (see video).
I'm not quite sure how useful or popular the Google social platform will be. Ideally I think that a site like TC should try to involve people and get them to communicate with each other.
This isn't really going to happen with comments on posts of site updates. Google solution however seems like a good balance: a system that one can use instead of being used.

Most people don't have the time or the will to make their own website (though running a blog has become dead simple !). Containers like MySpace and FaceBook may be a good way for some to keep in touch, but they are pretty closed ecosystems.
If I own a web-site, I want people to come to the site, I don't want to open a small candy store in the "FaceBook Mall".
Google's approach may ultimately not work so well, but I like fact that it supports individual web sites as hosts and not force them to be hosted.
It's a bit funny how all those big name artists are now on MySpace and people become friends with them.. fack that ! Friendship isn't a list of names of people that one never even talked to ! 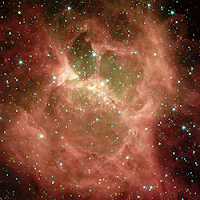 And let's not talk about looks... the best looking MySpace pages look like my first web site done with Notepad.exe ..while the rest look like a galactic monster ate all the trash from Geocities and regurgitated it back on the web.
Looks matters !!!