As a kid I remember clearly browsing some sort of Disney encyclopedia I had (didn't really have the proper, expensive one) and seeing all those cars and cities of the future.
I've always been so passionate about the future.. to me it's so important that it makes me hate history, fantasy, RPG.. and all the crap that is either past or a fictional past. Fack the past !! ...OK, respect the past, but don't linger on it.

The future, as usual, has turned out to be close to what I imagined and yet so different. No flying cars, no thinking machines.. yes a lot of robots, but remote controlled and with large feet to stay up (..which I consider to be a joke).
No superfast air travel and no teleportation.. but digital communication is so pervasive.. long are gone the times where I'd call up to some buddy's home to connect my modem with his modem running a BBS or even just a Comm program 8)
Encyclopedia is now not only affordable, but it's as common as water (of course for those of us that have water !)

My somewhat underlying dream to work as a programmer and to live in a futuristic city is achieved.. and I get a kick out of everyday life in Tokyo.. maybe because I can compare that to the dark ages of living in Rome.
Sure, it's not all black or white.. but a city of the past such as Rome, gives me no excitement. I miss my Italian friends, but one has to live on, and friends of my age are busy with work and family anyway.

Being a programmer 20-30 years ago was a cool thing to say. Nowadays it seems that everyone is a programmer, or a geek, hacker, a coder you name it... but it's very much a PHP world: a lot of those "geeks" in reality are very skilled at using script languages.
Sure, PHP is so much more effective than 'C' or assembly to get complex tasks done quickly.. but let's not forget those of us that still work with computer architectures in mind, resource allocation, etc.
I still want to say that I'm a programmer, but without sounding like another HTML-generation programmer 8)

Before computers, my general passion was for science. I'd see those giant robots in Japanese anime, and wish to be the robot's pilot.. but the science (fiction) behind it was more interesting (BTW, it seems that some people really followed on that WTF ?! 8) 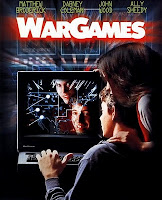 As a kid I was also very attracted to physics, but it was somewhat less accessible and less rewaring than computers.
When I was 11, I first saw WarGames, then the Commodore VIC-20 came out the same year for Christmas, and it was all downhill (uphill ?) from there. Nobody seemed to know anything about computers.. especially in Italy because of the language and geographic barriers.

As computers came, school looked even worse.. because it was always so rigid, stale. Most of the stuff in school was uninteresting, and yet one was supposed to put good enough effort in every field. But I hate history, literature or geography, why do I need to learn ?! I'll sit in a lecture, but don't expect me to take a test about it.

Regardless of the ups and downs, everything is great because every day I have something to look forward to.. an internal drive, a passion, be that for computer graphics or what else. A mechanism that I can put in motion to keep me busy and happy, knowing that I can learn something new and exciting and be paid for it 8)

I wish more people will be able to ban the word "bored" from their vocabulary this year.. it's the ugliest word, and there is no excuse to use it in this day of age.

Email ThisBlogThis!Share to TwitterShare to FacebookShare to Pinterest
Labels: 2010, computers