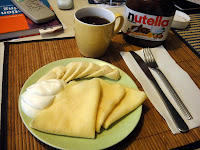 From time to time I read on the Internet pieces of opinion (blog entries).. mostly from programmers, game programmers, but not necessarily so.

I tend to skip longer blog entries, but when I see a link from someone on Twitter or from the usual blogs that I follow, I try at least to give it a quick read.

..and I've been thinking that people are very opinionated (what a  discovery !). Well, I'm certainly quite opinionated myself, but the point isn't really about having a more or less strong opinion, but rather if it's worth spending 10-20, minutes every time to read something that isn't useful nor terribly entertaining.
Some opinions are just that.. a lot of generic stuff.. OOP is good, OOP is bad, people that do this and that are stupid.. etc.
I believe strongly in writing/developing more than reading. And I also don't like so much spoken and written language because it's so open to ambiguities ..and some topics are so subjective to start with. 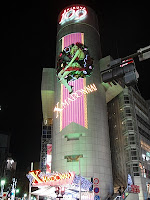 It's interesting how people have different political views depending on the environment they grew up. The power of suggestion is so strong. If you are born as a child of a mafia boss, you are very likely to become a mafioso yourself. How does it work in those families ? Mafia families sit at the table for dinner and talk about killing this or that person ?

Yesterday, on Discovery channel, I saw a documentary about Charles Mason and his cult.
Cults show that you don't even need to be born and raised in a twisted environment to do twisted things.

Of course one might ask what's twisted and what isn't. I suppose the line can be drawn when there are killings involved, like for the Mason cult 8)  ..though in the context of the universe, the most evil murderer is as relevant as the nicest person (murder or not, as long as there is conservation of energy.. ;) 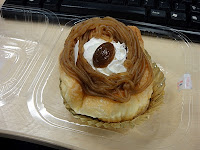 So, it's all good and nice.. but the main thing is to keep the code going, to keep focussed on some project, and to keep as objective as possible (unless one is specifically seeking to entertain himself).

I've been reading slowly but surely the general relativity book that I bought with my Kindle (BTW I could finally download the Kindle App for iPhone.. nice !).
There is little math still and some explanations in English are hard to follow.. I wish there were more drawings to give a better idea.
More math will probably come in the book, but I already know that I won't be understanding much. In fact, if I don't take the time to make exercises, I can't get a real sense, a real and longer lasting understanding of things. Unfortunately only school books have exercises 8(  ..but I really really wish that every book that showed some math gave a good quantity of exercises... maybe it's just me 8)