My sleeping schedule has been so all over the places that for the past week I've been going to sleep at around 12 AM.. as opposed to 12 PM ;)

Now it's 4 AM.. so, I guess the sleeping pattern is changing again.

I made a few important advancements for TheRun.. though not nearly enough to have a shippable game..

Controls are improved and can be customized. For that I also had to add a proper options screen with its own GUI. And, because I'm developing mostly on PC and I don't want to be too tied to the iPhone, I ended up writing some basic GUI that somewhat simulates that of iPhone (buttons and sliders only).

I also added some basic sound effects. OpenAL was relatively easy to use, and runs fine both on PC and iPhone.
Oh course I had to go look for free sound effects, cut the pieces I needed, and sometimes had to make sure that they'd loop fairly well (for the engine).

On the music side, I've got someone interested in doing a sound track for me.. and I'm in the process of getting that done.. though I really don't understand music and it's hard for me to describe what I want 8)

I've refined the process of making new stages.. and now I think I can make a simple stage in 1-2 days of work.. cutting out images, choosing colors, road definition, etc.

I've also iterated a few times around taking pictures of cars and converting them into sprites:

I printed a sheet with radial lines at 5 degrees intervals (made with Google SketchUp !).
Cars are placed on the sheet and pictures are taken at 0, 5, 10, 15 and 20 degrees angles... which are then somehow matched in the game depending on how the car is turning and from which point it's seen.

Once pictures are taken, they need to be cut from the background and from the base.

Blue background makes it easier to cut the car models out.. but it inevitably reflects on the car paints, and removing the blue reflections becomes too much work.

I eventually settled for a gray background.. cutting the model out is harder this way, but the reflections are much better.
Though the models lay on a white sheet and they tend to pick up extra white reflections, which need to be removed as well. 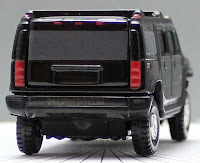 Another problem is that car models do look like toy models indeed. I use a Photoshop filter to give an outline to the images.. this is somewhat a poor-man's SSAO (Screen-Space Ambient Occlusion) and it works well.

One good thing is that car models get resized really small, so a lot of imperfections simply go away.
But there is still quite a bit of photoshopping required to improve the looks of tail lights, blur the tires to make them look like they are moving, even adjust the tires shape, because of course they are made of hard plastic and they don't come down straight enough.

About using car models and copyrights... I recently saw an interesting TED Talk (they are not so common nowadays ;) about copyright (or lack thereof) in the fashion industry.
Apparently cars are much like clothes, bags and shoes, where there is no copyright for shapes.. though one of course cannot use names and logos.

Anyhow.. this is all a big reminder on the difference between making a game demo and making an actual game.. even if a really small one.