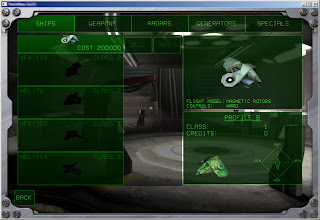 It's been more than a month now since my last update on the blog and about the game in general.
The development to never end, but it's a lot of work really.

Compared to Final Freeway, this new game is a bit more involved. It has a Garage were one can buy, sell and equip parts. It's got quite a few vehicles and several types of parts.
All this added complexity requires extra code to deal with the logic of it all, but also a more fine tuned UI.
In fact I recently implemented a scrollable list.. all done in OpenGL and with a behavior as close as possible as that of iOS, because, after all, this is primarily an iOS game !

I've had a hard time trying to put together a decent illustration for the main screen and for the general art to use eventually on the oyatsukai.com web site and in the Press Release kit used by various sites out there to talk about the game (hopefully !).

There is definitely more work.. I'm not even in the phase of tuning the game play.. and I know that that alone will take a while.
But the game is shaping up.. and all those details (such as localization !) that don't need to be there for a cheap iOS game, will hopefully make a difference and make the game noteworthy.
-- Davide - 4:31 AM