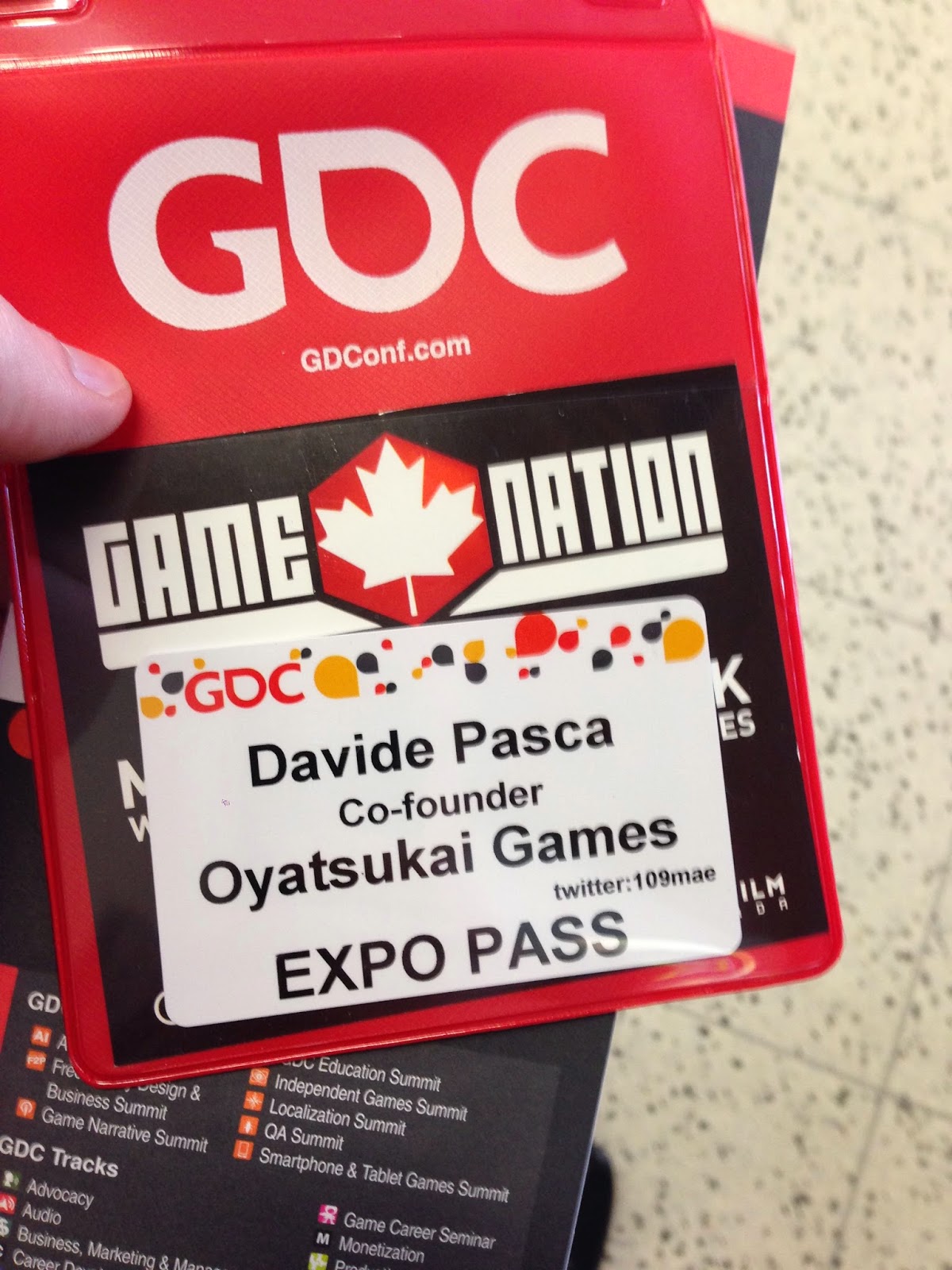 Yesterday I came back from the GDC.
It was my first time in 4 years (or so) and my first time as an independent.
I went with an Expo Pass, the cheapest one, with no access to lectures.. but that's ok, because my job now is to run a developer studio and develop whole games, not simply to focus on R&D like I used to do as an employee (and mostly enjoyed doing !).

This time I went mostly for meetings. Both formal and informal... speaking of which, with the years, more and more Italian developers have surfaced. Both independent or working in North America.
Although I'm not a big patriot, I often find myself hanging around Italian gamedev forums, and so it was only natural to finally put faces on so many "paesans" 8)

Before GDC, I've been busy with the release of Fractal Combat X for Android.
For the first time we teamed with a publisher and that was generally a good thing.
Because the publisher wasn't comfortable with putting an option to remove ads, we also released a premium edition of FCX.. which turned out to be useful also to simplify publishing on other markets that otherwise required to implement custom in-app purchase APIs.
Check out both the Free and Premium edition on Google Play.

With FCX on Android I feel like we're on a positive path.. asserting Oyatsukai Games as a dev studio that does deliver in terms of graphics, with arcade games that are more console-like and less mobile/touch-screen kind of games.
I'm glad that I resisted the suggestions to move to casual mobile titles.. because I would have been one of many developers out there.. which is not good for morale and statistically bad for business, not to mention that it wouldn't have been fun for me, since game development is also an excuse to learn things related to technology math and physics, the stuff that isn't necessary for most mobile games.

We're now in a place in which mobile ecosystem is expanding into more or less classical console form-factor.
There are rumors of Apple, Google and Amazon all potentially releasing boxes able to run games... all of which mostly require that a game can be fully controlled by an external controller, with no reliance on touch and accelerometer inputs... and we're definitely ready for that !

One thing that is slowly happening is that FCX is becoming a recognizable eye-candy kind of title.
It doesn't have complex cinematics, in fact it doesn't have any cinematics at all. Content itself is limited, but what's there is definitely appealing. Hopefully enough to bring more and more cross promotion from graphics hardware makers (btw FCX is also on TegraZone).

Last, and not necessarily least, FCX is apparently also a fun game.. not an easy thing to do with flight combat games, where it's usually a chore to simply fly, and where other planes tend to be small spots on screen.
After several iterations, and practically no planning, the game managed to turn out as something that becomes fairly exciting to play.. although there isn't too much depth, but that was never the goal of the game 8)